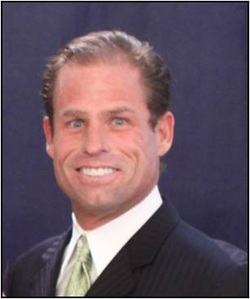 A noted California philanthropist and public figure, George Argyros Jr. recognizes the importance of giving back to the community. As the Primary Underwriter and President of the Shannon and George Argyros Jr. Charitable Foundation, he is deeply involved with local causes and events to support nonprofit groups. Outside of his role with the foundation, Mr. Argyros contributes to several charitable organizations, including the Muscular Dystrophy Association, the American Heart Association, and the Orangewood Children’s Foundation. In 2010 alone, he donated more than $25,000 to charity.

In addition to his philanthropic work, George Argyros Jr. has found success as a business executive. Leveraging his experience and expertise in real estate, investment banking, and insurance, he has founded several financial services companies, including Elite Financial Group, LLC, and Leveraged Life, Inc., a national provider of turnkey life insurance programs. He also serves as the Chief Executive Officer of two investment firms.

As a prominent member of the community, George Argyros Jr. has filled several key civic roles, including serving on the Board of the Long Beach Jam, the former American Basketball Association franchise. He is also active politically as a member of New Majority California, the state’s largest Republican political action committee (PAC). The organization, which Argyros’s parents co-founded in Orange County in 1999, has since expanded to Los Angeles and San Diego. Over the past 13 years the group has contributed millions of dollars to Republican campaigns and causes, making it one of the most effective PACs in the nation.

Mr. Argyros attended college and law school at Chapman University, where he currently sits on the Board of Directors of its business school. A devoted husband, he enjoys traveling and spending time with his wife, Shannon.